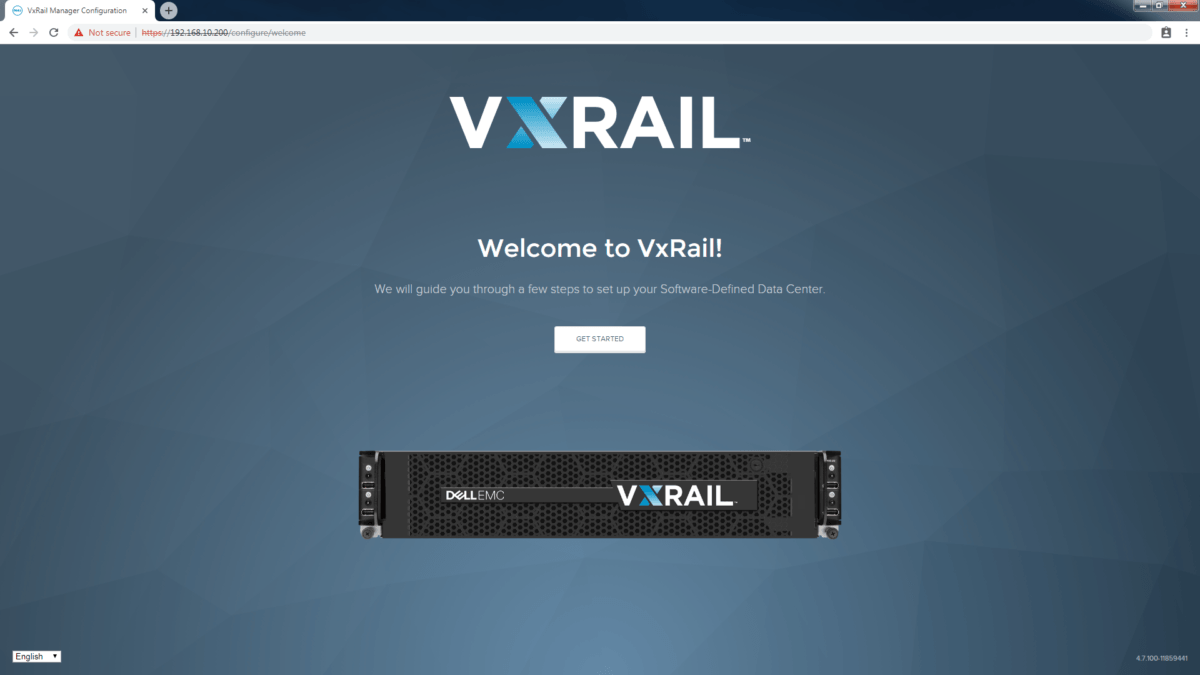 I ran into an issue recently when I was building a new VxRail cluster that I had just re-imaged using the RASR process. The RASR tool is used by Partners and Services to automate the process of wiping a node back to factory default settings. The node I was using was an All-Flash node. I was adding it into an All-Flash cluster. I was perplexed when a validation error popped up during the node add process. Validation Errors. Disk group validation. Host with all-flash disk types is not compatible with existing hybrid cluster.

Check if the RASR iso is still attached.

I had a flashback to a previous error I encountered with the RASR ISO. I was trying to build a new cluster with 3 nodes. One of the nodes needed to be reset to factory default. I used the RASR ISO by attaching it as bootable media through the iDRAC console. When the reset finished, I accidentally left the RASR ISO still attached as virtual media to the iDRAC. When VxRail manager tried to validate the 3 nodes, it picked up the RASR’d node as hybrid not all-flash. This prevented the validation from passing since the first 3 nodes in a VxRail cluster need to be identical.

So I logged on to the iDRAC and checked the virtual media for an attached ISO. It wasn’t showing up this time. I decided to just take a quick look at the ESXi console to see if the disks were incorrectly detected as spinning.

This will report back all the disks available for VxRail to configure for VSAN. The disks were all correctly reported as SSD. I was stumped. Something was causing the mis-alignment.

I had a bit of a brainwave. I had recently tested a custom RASR iso from the dev team that had a kixstart configuration. This ISO was a hands-off automated way of re-imaging the nodes from a batch file. It saved me a lot of manual steps by using an answer file for various prompts. I wonder was it somehow still mapped to the node?

I logged in to the iDRAC web interface and checked the “Attached Media” tab. There it was, still connected. Once I disconnected the RASR iso here the validation process passed. Huzzah!